A worker who feels persistent stress in the workplace due to discrimination is unlikely to perform optimally. If they work a physically demanding job they may end up being injured or sick more often, and likely less efficient at their tasks.

Noah Seixas, a professor with the University of Washington's Department of Environmental and Occupational Health Sciences (DEOHS), has been interested in workplace discrimination for the last 10-15 years, especially as it pertains to underrepresented workers. "When you look at groups with higher risks of hazards you realize that hazards are inextricably linked to discrimination," he explains.


It was through Nancy Simcox, Director of the University of Washington's Continuing Education Programs for DEOHS, that Seixas was connected with Washington Women in Trades, a nonprofit group that works to promote and facilitate access for women in the skilled trades. Immediately he recognized women in construction as a vulnerable subpopulation. "The risks that women construction workers are exposed to are very wrapped up in discrimination. They're less able to protect themselves from traditional construction hazards because of pressure to perform beyond their capacity, because they're less likely to ask for help, and because they more often work alone."

In an effort to help address the problem, Seixas obtained money from the Washington State Department of Labor and Industries' Safety and Health Investment Projects (SHIP), for a study of workplace discrimination against women in the trades. The original focus of his grant was on studying safety risks affecting tradeswomen. After finding that women reported higher perceived stress and gender discrimination relative to men in the trades, the study evolved into a pilot mentorship program.

The scope of the project expanded again when Anjum Hajat received support from the Medical Aid and Accident Fund to test whether biomarkers of stress showed similar patterns to the self-perceived stress results.
Hajat is an assistant professor of Epidemiology. Her work focuses on chronic stress as it relates to poverty and financial instability. She uses a series of biomarkers in blood associated with the immune system and the system that regulates stress hormones to assess how long-term pressures affect people physiologically.

"I'd been wanting to work with Noah for a long time," she explained, "to get a better understanding of how the biomarker piece fits into the broader intersection of health and equity in the workplace." Hajat was more familiar with the research on race, but she said the issues that women in construction face are very similar. "There's a constant vigilance that comes with having to face systemic discrimination. There's the feeling that you need to be better than others to prove yourself against the assumptions that you're not up to par. It's what is called the "black tax" in other contexts."

Jessica Porter, a master's student was brought in to help with the biomarker analysis after approaching Seixas for a project. "I think the most rewarding part of the project was looking at total worker health and realizing that harassment is an important exposure to assess outside of traditional exposures that you think about in the workplace," she said a few days after successfully defending her thesis.

All told, 39 workers from the carpenters, sheet metal and pipe trades participated in the study by filling out surveys and providing blood samples. Analysis of the survey data showed strong gender differences in factors like sexual harassment, heightened vigilance and perceived stress. These differences, although meaningful, were not born out by the biomarkers data which showed no significant differences based on gender.

"It was a small study with mostly young, healthy people," explained Hajat. "It should be considered a proof of concept. Now we know we can collect blood, centrifuge the samples and get them on ice all on site. It all worked really well, so hopefully next time we can get a bigger sample size." The team is continuing to pursue funding for a larger study of biomarkers associated with workplace discrimination. Meanwhile, they hope to partner with the Sheet Metal Workers International Union for a five-year study to evaluate the impact of mentorship on women apprentices' stress, safety, and retention.

The results of the study were shared with participants in two focus groups run by Hannah Curtis, the study coordinator and Orly Stampfer, a graduate student in DEOHS. "This was the third set of focus groups I've held with construction workers around issues related to workplace culture and women's safety. It's a refreshing break from academia that highlights the real impact of our work," said Curtis. “I’m grateful to the participants for being so candid with us and sharing their stories,” added Stampfer.
Feedback from the focus groups was used to create a summary of results that emphasized the gender differences in perceived stress and discrimination while also discussing the more ambiguous biomarkers data which showed no significant results of importance. The focus groups emphasized the value of union trainings and support groups for women. Reducing workplace stress for women can be expected to have many benefits for employers including better retention, better efficiency, fewer injuries and fewer sick days.

"It shouldn't be a surprise," said Hajat, "but I was taken aback by the candor and openness in the way women talk about discrimination in the workplace. I had hoped it wouldn't be as bad as it is. It would be nice to see studies like this one create change in higher level policies."

Curtis added that it’s reassuring to see the trades supporting studies like this one to help make the culture safer and more inclusive for underrepresented workers. 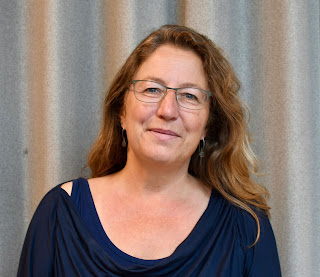 The EDGE Center is delighted to announce the hire of BJ Cummings to take over management of Community Engagement under the direction of Kelly Edwards, Director of Community Engagement. Cummings has a long and illustrious history of engaging communities to advocate for better environmental health in the Duwamish River Valley.
In 2001 she founded the Duwamish River Cleanup Coalition, and most recently is the author of the upcoming book "A River Revealed – an environmental and social history of the Duwamish River." In the interim she has co-authored several community health studies, including the Duwamish Valley Cumulative Health Impacts Anaysis and Duwamish River Superfund Cleanup Plan Health Impact Assessment. Cummings also served as the Puget Soundkeeper Alliance's "Soundkeeper" from 1994–99, and as Sustainable Seattle's Executive Director from 2016–18. She is principal of Community Environmental Services, a Seattle environmental consulting firm she founded in 2001.
Cummings holds a Masters Degree in Environmental Geography from UCLA, and is the author and producer of numerous articles, books and documentary films on environment and development issues locally and throughout the Americas. Over the past two decades, Cummings has been recognized as a National River Network "River Hero," a Sustainable Seattle "Sustainability Hero," a King County Green Globe winner for Environmental Activism, a recipient of Puget Soundkeeper Alliance's "Inspiration Award" and one of Seattle Magazine's "10 most influential leaders."
We are very lucky to be able to welcome her to our staff.

Washington state has long been known for its boutique coffee shops. But very little is known about the health risks of processing coffee for the baristas who work in them.

Recently, coffee processing has been shown to produce a potentially harmful chemical called diacetyl. Diacetyl is the chemical flavoring added to microwave popcorn that, in the early 2000s was associated with high rates of a rare disease known as “popcorn lung” among microwave popcorn producers. Popcorn lung damages the smallest airways of the lungs, interfering with the body’ ability to get oxygen.

Dr. Chris Simpson, a principal investigator with the University of Washington Interdisciplinary Center for Exposures, Diseases, Genomics and Environment (EDGE) explains how the link between diacetyl and coffee was discovered. “Following the clusters of cases with popcorn manufacturers, NIOSH [the Center for Disease Control’s National Institute for Occupational Safety and Health] realized that diacetyl was used in a bunch of other industries, including in the plants that made flavored coffees. To their surprise, they found that, in these plants, lung disease was not restricted to workers that made flavored coffee.” It turns out that the processing of all coffee produces diacetyl.

So far studies of coffee and diacetyl have been restricted to large plants and not small producers, but that is about to change.

With a $121,134 grant from the Washington State Department of Labor and Industries Safety and Health Investment Program Dr. Simpson is launching a one-year study of diacetyl levels in Olympic Crest Coffee Roasters, a boutique coffee shop in Olympia, Washington. Specifically, Dr. Simpson will lead a team that measures levels of diacetyl released during coffee grinding and brewing and tests ventilation options that could reduce exposure for baristas.

The study comes out of a 2018 pilot study funded by EDGE where levels of diacetyl were measured in small coffee shops in Canada. In all cases, diacetyl levels in the barista areas exceeded the recommended exposure levels created by NIOSH. “That was a surprise,” according to Dr. Simpson. The pilot study also adapted the NIOSH sampling method to make it more sensitive.

Soon Hannah Echt, a graduate student supported by the Department of Environmental and Occupational Health’s (DEOHS) NIOSH-funded Education Research Center, will visit the Olympic Crest Coffee Roasters to suck air samples into solvent tubes that will collect the diacetyl gas to later be separated and quantified by Shar Samy’s DEOHS analytical lab. In the fall, after ventilation devices have been installed in the areas with the highest diacetyl levels, she will return to repeat her sampling.

“Our hope is that we will increase awareness of this problem, define its extent and disseminate an effective control solution,” says Dr. Simpson. “It’s a pleasure to get out in the field to work with small businesses who take pride in what they do and want to do the right thing for their employees.”

Funding and support for this project has been provided by the State of Washington, Department of Labor & Industries, Safety & Health Investment Projects. 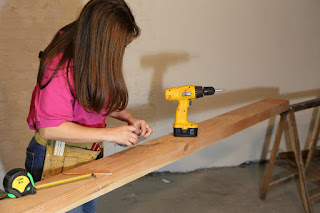 and Environment (EDGE) partnered with Heather Winfrey of the Seattle Area Pipe Trades Apprenticeship, Vanessa Carmen of SMART Local 66, and Cindy Gaudio of the Carpenters Employers Apprenticeship Training Trust to research stress in construction workers, particularly women. Their goal was to better understand the impact of work and non-work stressors on worker’s health.

In an initial phase of the study participants filled out a survey about a wide variety of work and non-work stressors. Perceived stress was one of the main outcomes studied, using a validated instrument called the “Perceived Stress Scale.” They then had blood samples taken to measure four biomarkers related to the immune system, the inflammatory system, and the hormone response system. Participants were also asked to share strategies they used for managing stressful situations at work.
In a second stage of the study, the EDGE Community Engagement Core helped Research Coordinator, Hannah Curtis, and graduate student, Orly Stampfer, facilitate small focus groups with study participants to discuss preliminary findings, hear how participants interpreted these results, and understand what additional information they wanted to see.
Two focus groups were held and participants in both expressed gratitude for having a venue to discuss issues of discrimination at work. Results from the study are now being prepared into materials to give back to the participants that will include appropriate interpretation of the results along with proactive steps that can be taken to reduce workplace stress.